I love motorcycle touring, over the years I’ve loaded up my trusty road bearing steeds and followed the twisties and backcountry roads to many a small country town where at the local watering hole if you buy a beer and stay for a meal they’ll let you camp for free.

But Australia is a big country and unfortunately, you can only go so far on the tar. 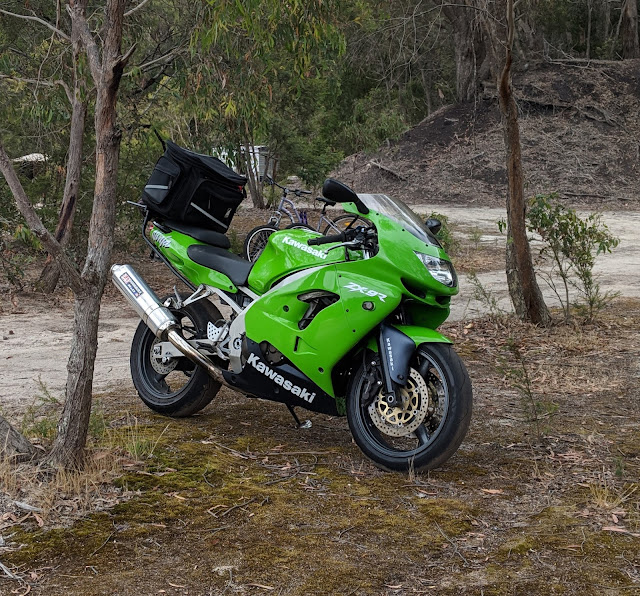 Sadly, It was time to assign my jack-of-all-trades ZX9R to commuting duties and track days and look for something a bit more off-road orientated.


After a bit of research, I bit the bullet and got myself a brand new bush pig, the fabled DR650. I fitted it with knobbies, a 30L safari tank and started planning my first proper off-road trip.

Melbourne to Mungo and back.

Day 1. Melbourne to Balranald
It was 7am and no rain in sight. We’d packed our bags the night before so all we had to do was saddle it all up and we’d be on our way. 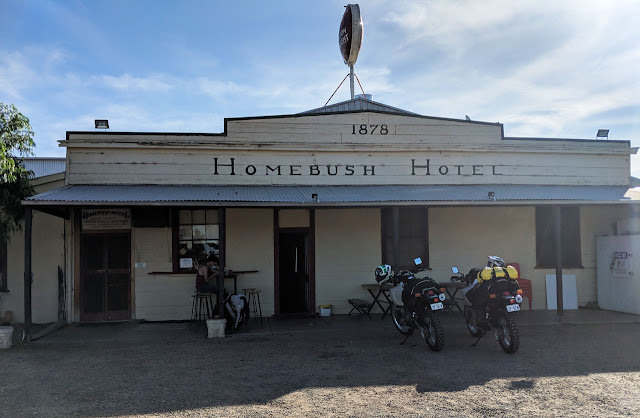 The first day was always going to be a long but easy one, as we’d planned to just slab it the 500kms out to the Homebush hotel where we could get a meal, rehydrate and camp the night.


It was about 4pm by the time we arrived at the pub where we were greeted by Nugget, the publican and his dog Junior.


We have stayed here a few times and were on pretty good terms,  so Nugget had a beer out ready for us before we even got out jackets off, country hospitality is hard to beat.


It can also be a curse. It seemed our beer glasses were bottomless, just as you finished a freshy arrived. 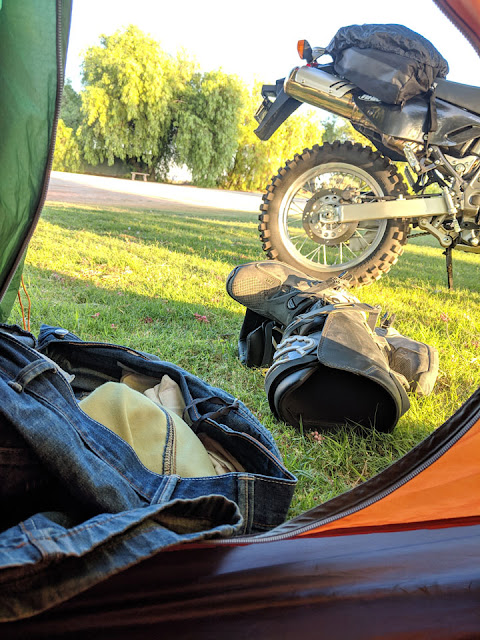 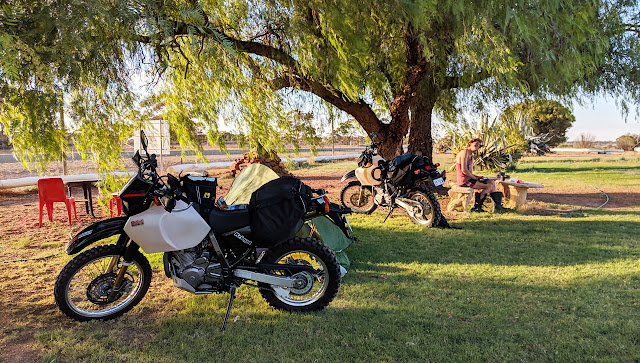 Day 2. Balranald to Mungo
I’m not sure what time we got up but we were both feeling a little dusty after those never-ending schooners. Nothing a panadol and strong coffee wouldn't fix though.


It was another cracker of a day with a forecast of 35c so we checked our water supply and figured 3l each in our camelbacks would be enough.


We had about 20kms of the sealed road before the turnoff to Mungo where it was about 100kms of sand and dirt. 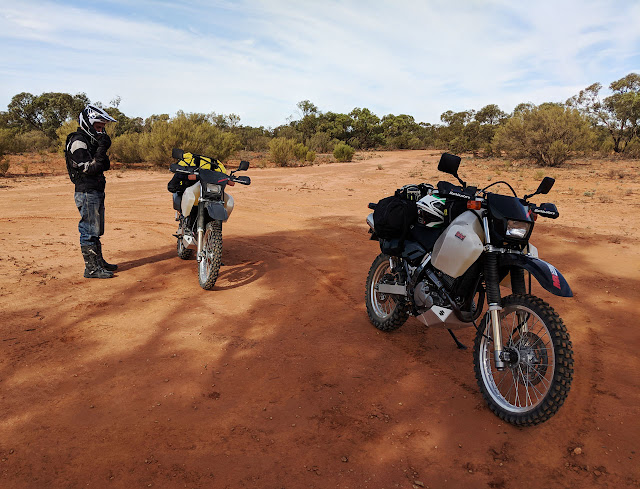 This was either going to make or break us. As neither of us had ever ridden in the sand and our dirt bike riding was limited.


All I knew was weight back on the bike and keep it pinned.


My main concern was the DR650 being loaded up and stock suspension so I wasn’t sure how it would handle the terrain.


The road surface was constantly changing from hardpack to clay to sand to dirt to rocks back to hardpack, rinse and repeat for the next 100kms.


We kept it pin’d in third and averaged about 80km/h. At that speed, it seemed to keep the DR stable enough and kept us out of trouble. 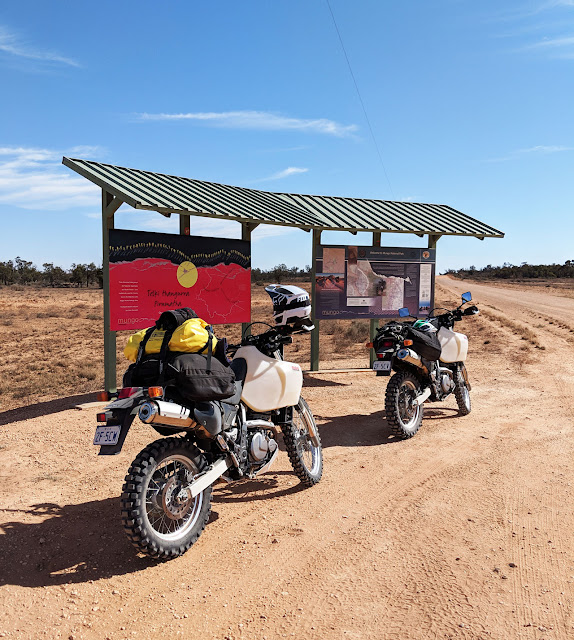 It was nice to finally arrive at Mungo though, it was hotter than expected and we’d gone through a lot of water.


After exploring the area for a while and making some lunch we were originally going to camp at Mungo but as there was very little cover from the sun  and it wasn’t too late in the day we decided to ride the 90kms to Pooncarie and stock up and make a decision where to camp once we got there. 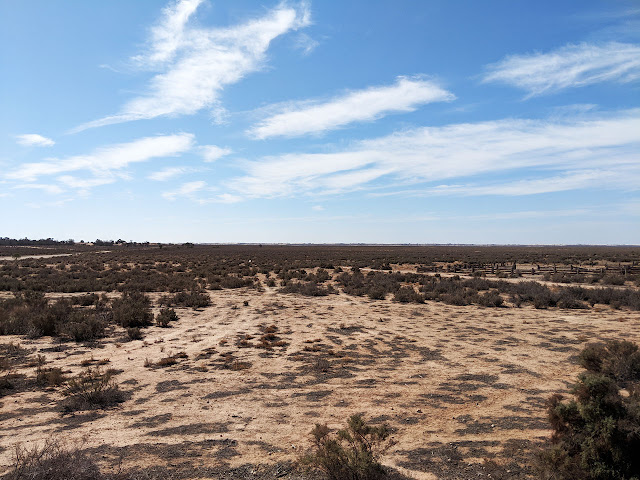 Poonscary
Along this road, I learnt the limitation of the suspension. I learnt the DR can jump and I can fly.


For whatever reason, we rode the 65km stretch of dirt without stopping. It could have been fear we’d lose our groove or the want to get to the sealed section as quickly as possible.
Unlike the road to Mungo, the red sand was deeper and longer in sections and it often comes to an abrupt stop and hard white rocky road commenced.


There were big holes and gravel that felt like you were riding over marbles.


At one point I come out of the sand and hit a three-inch lip of hard ground which launched me out of my seat. I went over a cattle grid and got air travelling at 100km/h and felt the suspension bottom out and start to pogo everywhere.


I also learnt to never do this again without a PLB.


But, we made it out of there and took a b-line to Pooncarie pub to celebrate life. 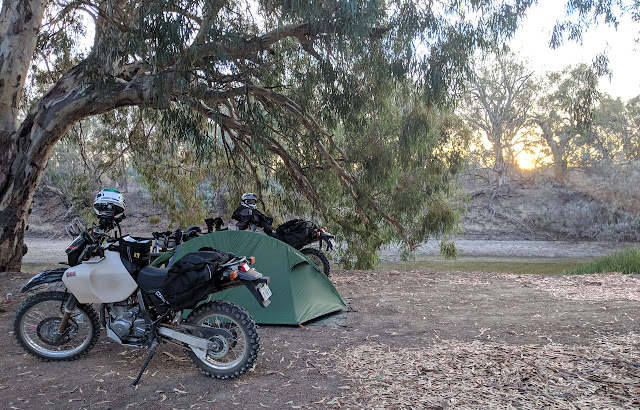 After stocking up on some water and snacks we found a decent campground on the Darling River, which was looking rather empty and green.


There were still some big fish in there and plenty of goats and roo’s around the place.

I’m guessing the lack of water was why the campground was almost empty. After setting up the tent we chilled for the remainder of the afternoon, collected some wood for a fire and settled down for a much more subdued night whilst drinking whiskey around the fire. 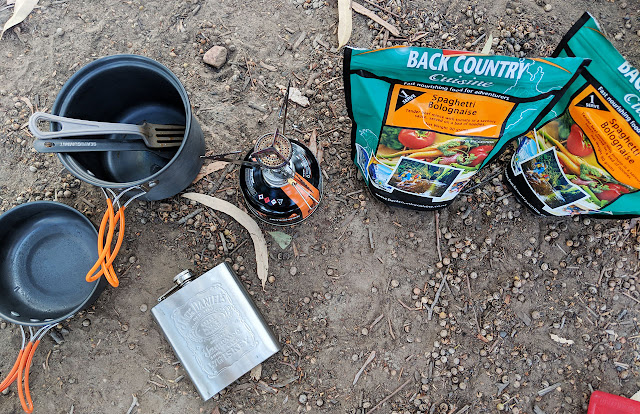 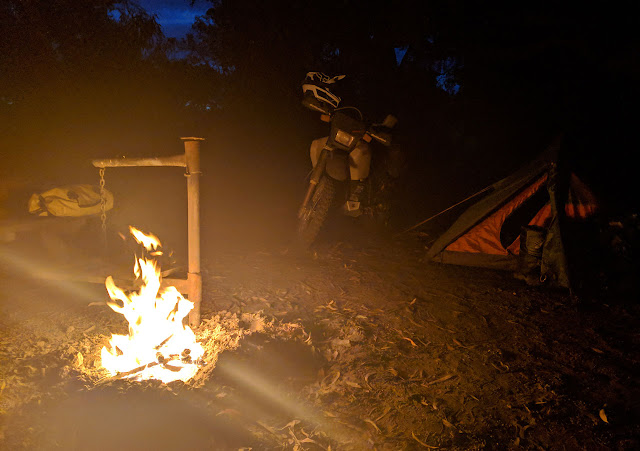 We slept well that night and packed up early and made our way to the town of Culgoa where we camped at the Kierra Hotel and enjoyed a decent chicken parma and some beers. Being Easter Sunday the pub closed at 9 so we couldn’t get into to much trouble. 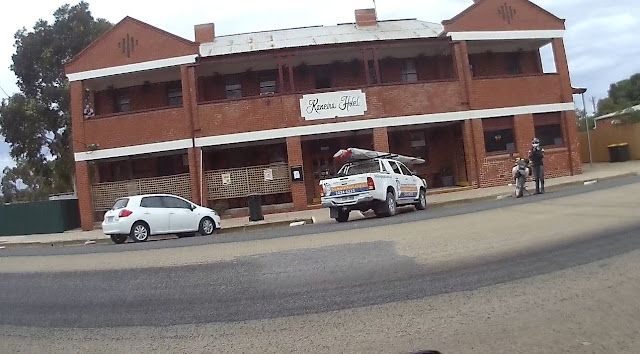 
We had a little rain overnight and it was a lot cooler for the trip back home, we’d gone from the mid-30s to about 12c. There’s nothing much to write about here other than I was glad to get home to a warm fire and thaw out a bit and start planning my next camping adventure. 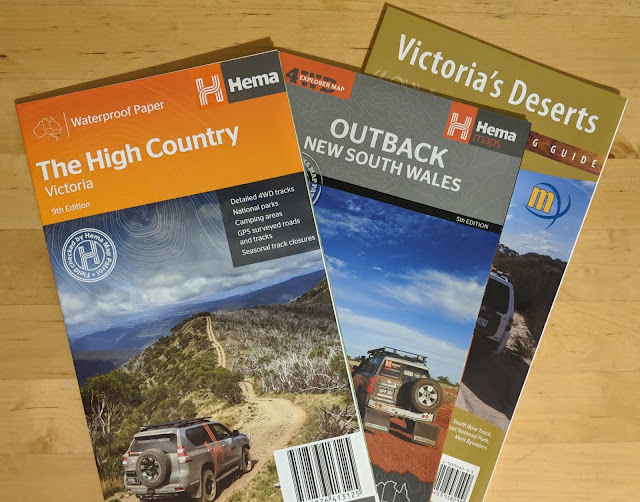 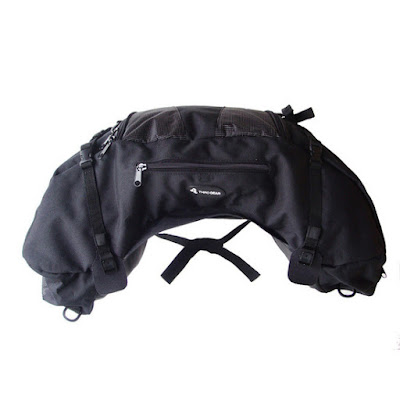 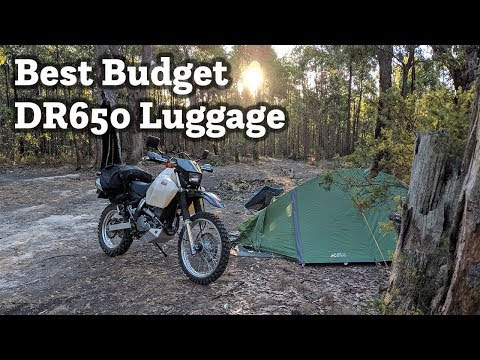